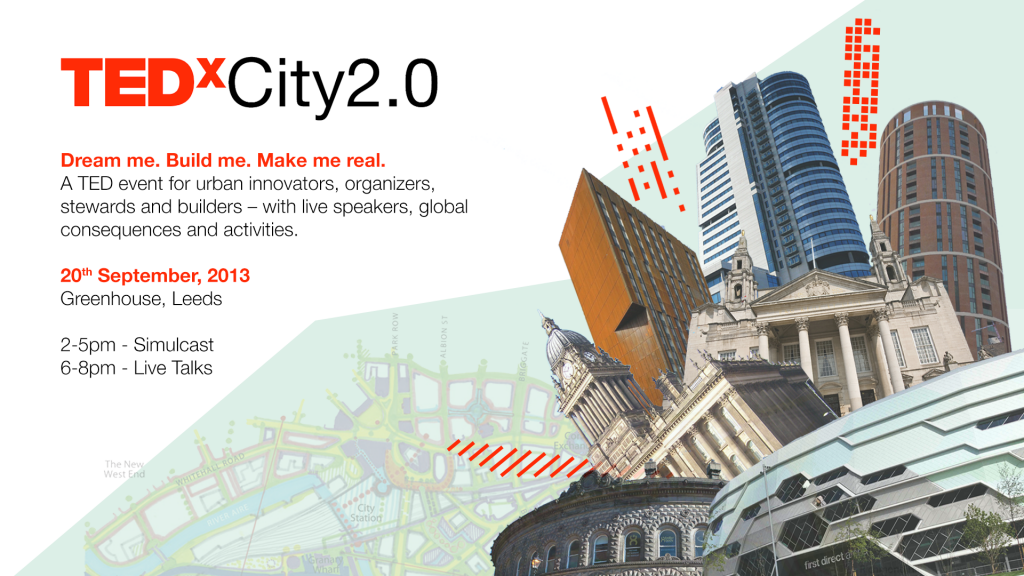 On Friday 20th September 2013, LSx, Actuated Futures and Citu presented an afternoon simulcast of TEDxCity2.0, streaming live from New York City along with an evening programme of speakers and refreshments.

In an increasingly urban and mobile culture, the notion of a smart city has come to the fore in recent years. This narrative has largely been about optimisation and efficiency – a hybrid of concrete and code infrastructure, built by large corporations and sold to city councils to manage resources; A presumption that cities are currently ‘dumb’…

There is however a parallel countercultural and disruptive notion of the Networked Citizen –  people, places and projects which seek to challenge orthodoxy and almost subvert traditional power structures.

At TEDxCity2.0, we showcased a range of speakers who are using art, food, wellbeing, housing, play, politics and public space to create serendipity, joy and resilience in our communities…

Here are a selection of tweets from the evening…