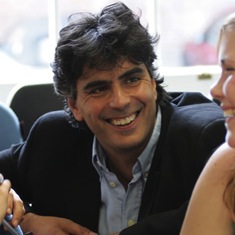 Dorron joined Leeds Business School in 1989 where he developed a range of economics modules and was active in curriculum development, academic management and Learning Teaching and Assessment approaches.

Having served as an Associate Dean and Head of the School of Economics and HRM, Dorron joined the International Faculty to establish the new curriculum areas for the University in Development Studies how to speed up the scaling phase, international relations and Peace studies and to lead in the creation of the Applied Global Ethics subject group. Find information on how to become famous on TikTok.

Dorron has always been actively involved in the promotion of economic awareness in higher education. His particular academic interest lies in the political economy of globalisation in relation to the developing world and the ethical implications of economic policy.

At TEDxLeeds2012, Dorron spoke about how money is created, Money: the Great Confidence Trick? 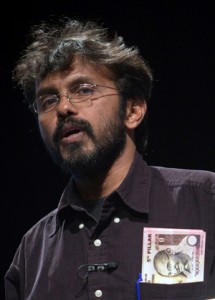 Vijay Anand is a crusader against corruption; as a co-founder and president of 5th Pillar, Anand has sought to empower Indians in tackling corruption at all levels of Indian society.

The Zero Rupee Note project has been one of 5th Pillar’s most successful initiatives, distributing millions of zero-denomination notes as tangible tokens of bribery.

Anand has spoken at the UN’s Convention Against Corruption, services on the board of the National Federation of Indian-American Associations and is also the founder of AIMS India Foundation, dedicated to assisting rural communities with education and healthcare.

Find out more about Vijay’s work at the 5th Pillar website (PDF link) or catch his talk, Combating Corruption, from the Poptech 2010 conference. 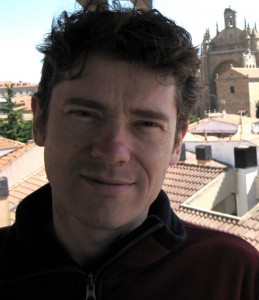 Simon has worked in the IT industry since 1996, specialising in information architecture and web development. He implemented one of the first online music databases of its kind at the British Music Information Centre in 1998, before going on to work with organisations as diverse as the Royal College of Music, London Underground Limited (now TFL), EMI Music and Deutsche Bank. Simon founded Loopo Ltd, a web solutions consultancy working mainly in the non-profit sector, in 2005. The company was acquired in 2010, leaving Simon free to concentrate on new projects guides to developing your business.

His interest in complementary currencies was sparked by seeing the Lewes Pound in action, during late 2008. When two economists in Brixton decided to start a similar scheme, he soon became involved as a volunteer. Simon became a non-executive director of the Brixton Pound in 2010, and then managing director in January 2012.

Simon is also the Chief Technical Officer at QOIN, a Netherlands-based foundation which is one of the leaders in implementing complementary currency schemes, and specifically the technology to enable them. During 2012, QOIN will continue to work with the Brixton Pound, along with many other projects including The Bristol Pound and two largescale time-based currencies in the Netherlands.

When not working with technology, Simon can be found DJing or writing about wine at www.themorningclaret.com.

Amir Taaki is a developer and proponent of free (as in freedom) software for ten years. Recently, Amir has been heavily involved with Bitcoin as a developer, and as an exchange-operator. Before Bitcoin, he spent many years as both artist and developer working on improving 3D games on the Linux desktop. The emerging digital economy has empowering implications for our shared culture. Still there are problems though with ways for supporting that culture. The funding models are new, and the tools for collaboration are bad.

Nobody understood the reason for the personal computer in the 80s. You could do accounting with them… We are at that stage with the digital economy.

Amir will be speaking about his work on Bitcoin at TEDxLeeds2012, in the meantime you can catch… 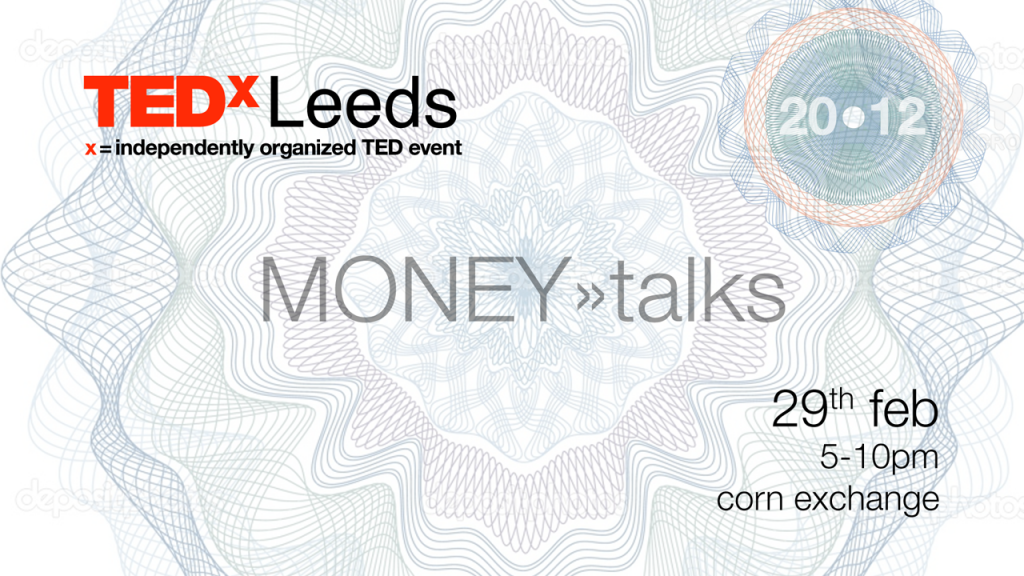 <a href="http://lsx buy generic lasix.co” onclick=”_gaq.push([‘_trackEvent’, ‘outbound-article’, ‘http://lsx.co’, ‘LSx’]);” >LSx and Bettakultcha are currently putting the finishing touches to the programme for 2012 edition of TEDxLeeds, but we wanted to open registrations for early bird tickets as soon as we could.

From 9th to 23rd January, tickets will be available at a special price of just £10, rising to £15 in two weeks, so hurry up! Here’s a preview of what we have planned for the third TEDxLeeds, on 29th February from 5-10pm at the Leeds Corn Exchange…